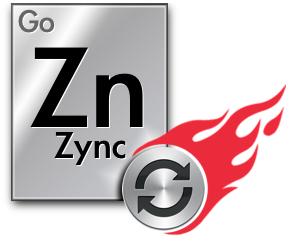 We’re very psyched about the new FileMaker iOS SDK. This means that developers can bind their FileMaker Go solutions as native apps and distribute them through several new channels: MDM solutions, test flight, and even in the iOS App Store (providing your app is approved), though FileMaker, Inc. frowns on this.

But what if you don’t have an app you want to publish widely? Does this SDK do anything for regular developers managing a FileMaker Go app for their mobile workforce? It does. And it makes GoZync more important than ever in syncing and updating files you’ve already distributed. For a great FAQ on the SDK, see Todd’s excellent post here: iOS SDK FAQ

Why This Matters to You…

The first question a lot of developers are asking is “how can I update my solution once I’ve distributed it through test flight or through the app store?” We know that’s important as you’re always adding features and fixing bugs.

Fortunately, GoZync has always been able to update mobile solutions and can update the business logic and interface files inside an iOS SDK app once it’s been distributed. This means you can bind your app just once, and then keep delivering new versions to your users.

Because GoZync is transactional, it knows if all your mobile changes have been synced to the server and will thus only let users update (replace) their local files once they’ve synced all their changes. That’s an update process you can trust.

You’ll want many of these iOS apps to work offline–you’ll want them to be able to sync offline changes with data on your FileMaker Server–and we’re thrilled to let you know that GoZync just works with bound iOS apps.

We’ll be releasing a couple of mods to GoZync 5 to make this easier, but if you’re on GoZync 5 now, rest assured that you won’t have to re-integrate GoZync into your files to work with the new SDK.

If you’re using an older version of GoZync, now is a great time to upgrade. GoZync 5 is faster and easier to integrate than the last version you used, and it gets you ready for the iOS SDK.